Several months ago, I completed an evaluation of an apartment building, something I do frequently. In this case, the owner (I’ll call him “Bob”) wanted to sell the property and retire. Bob had self-managed the asset for nearly 18 years and, while the property had performed good enough financially, he was tired of dealing with the “tenants and toilets”.

He hadn’t paid himself a salary during his 18-year ownership, but he was confident that he’d be handsomely compensated for the thousands of hours he’d worked when he received the sale proceeds check. Bob felt that by saving the fee that would have been paid to a licensed property manager, expenses were as low as possible, meaning more cash flow, meaning a larger sales price, right?

But Bob completely forgot how an apartment is valued…it’s income – expenses = net operating income (or cash flow). It’s how the property is performing today, not what it could be if only the buyer would to X, Y and Z.

Boy, did I burst his bubble with my evaluation! Let’s just say my projected value was about a million dollars less than the number Bob had in his head. In fact, my value wasn’t hugely different than the price he paid 18 years ago.

How is that even remotely possible?!

Let me say that again. He. Never. Raised. The. Rent.

Expenses certainly had gone up during Bob’s ownership – utilities, building insurance, and property taxes (to name just a few) are largely uncontrollable costs. 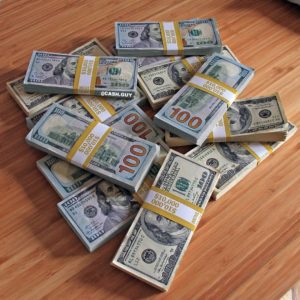 Most of Bob’s tenants had been there over 10 years and were month-to-month. In order to save costs, some repairs had been completed more with an eye towards cost than towards best practices. Bob spent a lot of time on-site not only for repairs and cleaning, but also to visit with the tenants, who had become like a second family to him. He often let things slide and didn’t enforce late fees or charge pet rent.

This asset was the bulk of his retirement, and my information broke Bob’s heart and temporarily ruined his dreams.

My advice: Raise the rents to market level, make critical updates and wait at least a year before selling.

Bob was honest about the fact that he just couldn’t raise rents on his “second family”. He’d just feel too bad doing it, and it would be such a large increase he was sure most, if not all, of the tenants would move out.

My advice: Hire a licensed property manager, stay out of the day-to-day management, and let the manager take the necessary steps to get the rent up to par. Even after the management fee, the asset will generate more cash flow for Bob – and he’d be getting his time and life back besides!

And that’s just what he did!

I followed up with Bob recently to see how things were going, and to inquire if he was still planning to sell the property at the one year mark.

Bob is ecstatic with his new freedom – he’s able to travel and take extended vacations for the first time in 18 years! He LOVES the additional monthly cash flow that the property is generating, and he’s seriously considering holding on to the property, getting a new appraisal based on the current financial performance, and pulling some equity out of the property for a very comfortable cushion to support his new lifestyle.

I get it, self-managing takes a lot of time, tenants can be demanding and it’s often stressful. Sometimes leaving things alone and not shaking things up is just easier.

But don’t do it! Avoid the #1 mistake and ensure that you are in tune with, and on top of, the real estate rental market in your community; then structure your rents accordingly. If you don’t have time to take corrective action before you sell, the ramifications will mean taking a huge hit at the closing table!